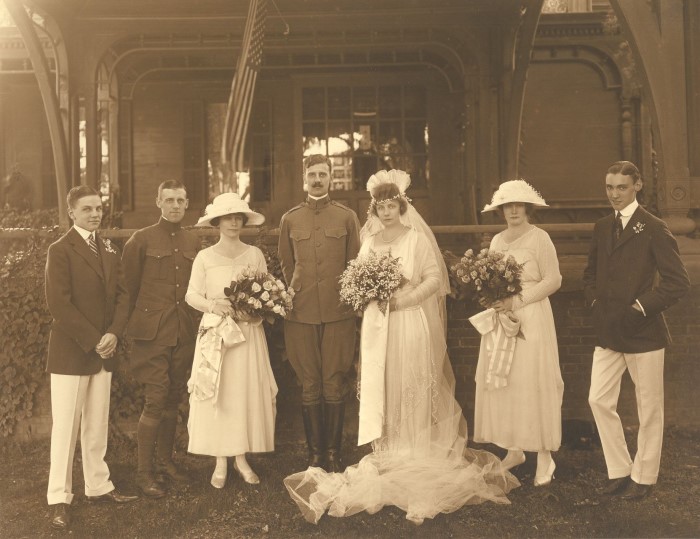 The couple met the year before when Betty, Daisy, and their mother spent several months in North Carolina while Robin was in basic training. She is the only one of the six Suckley children to marry. During the next six years she has three children: a son, Robert, and two daughters, Catherine and Margaret.

Pictured, the wedding party at Wilderstein