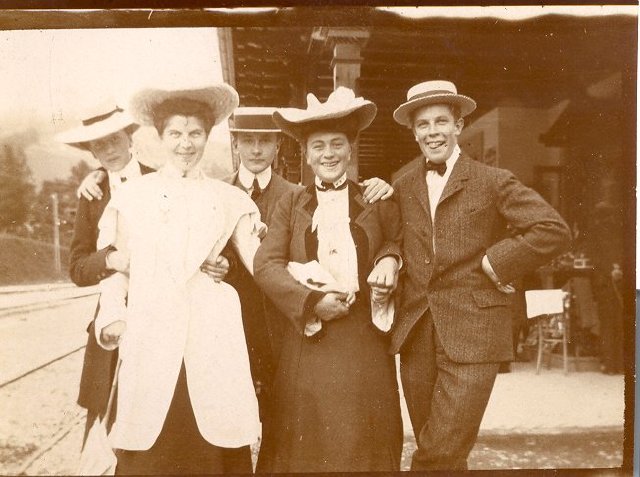 August 1904 - HENRY SUCKLEY RETURNS TO THE US FOR SCHOOL

Henry (Robert and Bessie’s oldest surviving son) is accompanied by his father from Europe to the Phillips Exeter Academy in New Hampshire. It is his first time back in the US since he was 10 years old. In the next few years, Robin and Arthur follow, and both head to Phillips Exeter for school. After prep school, all of the Suckley boys attend Harvard. Only Henry graduates.

Pictured, Henry Suckley (on right) with some school-age friends