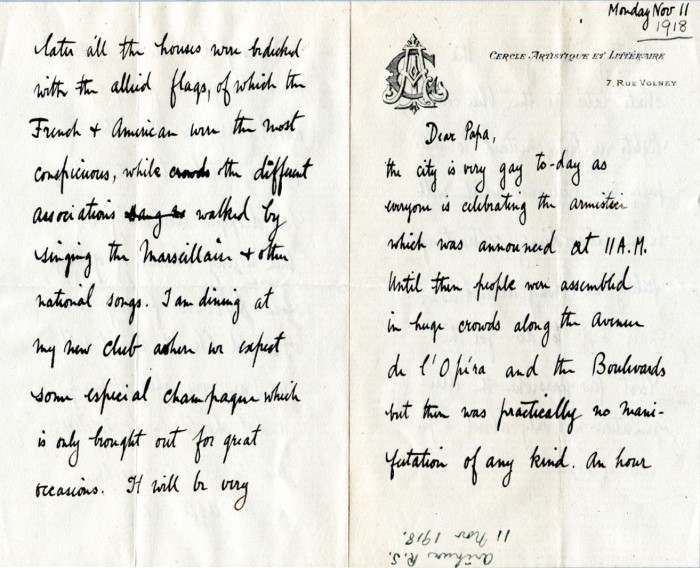 At the close of the war, Robin is serving in the Army and Arthur in the Red Cross. Robin stays in Europe for the next several months, returning home in 1919. Arthur settles in France for several years.

Pictured, Arthur’s letter to his father describing the scene in Paris after the armistice